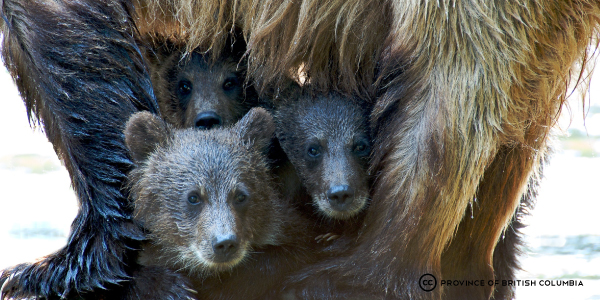 When our group launched last September, we optimistically hoped to end 2013 with about 3,000 new supporters.

As it turns out, we did a little better than that.

Last week we asked our supporters to write letters to the editor of their local papers in support of a new economic study that shows conclusively how much more bear viewing in the Great Bear Rainforest contributes to the B.C. economy than bear trophy hunting. Some of you have sent us copies of your letters, and we're starting to see them published online. Here’s a snippet of what Bears Forever supporter Lindy Sisson wrote in Coquitlam’s Tri-Cities Now newspaper:

“For years, the B.C. government has said the trophy hunt in the Great Bear Rainforest is justified by science, and has treated it as a moneymaker for the province. Neither is justifiable or true. Scientists at UVic and SFU have published peer-reviewed articles based on 10 years of the ministry's own data, which they had to fight in court to obtain, that reveal a situation even worse than could be imagined.”

“…With the ministry spending more money managing the bear hunt than it earns back, there is no economic argument to continue it - so why does Minister Steve Thompson need these bears to die, rather than see the light and invest in the tourism potential they and our coast are more valuable for?”

Lindy’s voice is just one of 7,200 calling for Premier Christy Clark and Forestry Minister Steve Thomson to set their regulations in line with First Nations law. So far that hasn’t been enough to convince them to change their minds.

That’s why, over the next six months, we’re setting the ambitious goal of doubling the number of people who’ve signed the Bears Forever pledge. Once we reach that goal—and we’ll need your help to get there—we’ll do it again and again, until there are so many of us calling for change that the Provincial government has to act.

We’re so grateful for your support. Thanks for everything you’ve done so far.

Oh, and one more thing! If you’d like to write one of your own to your local paper, please do (and cc us at [email protected]).