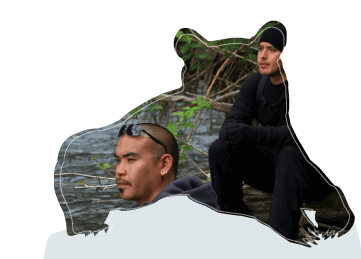 Bears are animals of incredible ability. They spend their lives climbing over mountains, swimming for miles, and sleeping in snow caves.

There's only one time they need our help. Bears need us to lend our voices when it comes time to protect them from other humans.

These are the people
speaking up right now
for the Great Bear Rainforest: 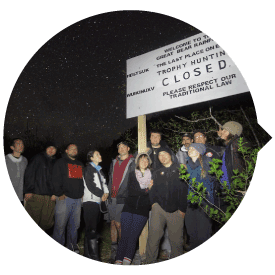 This new organization brings together elected leaders, scientists, and stewardship personnel from four communities in the heart of the Great Bear Rainforest: the Wuikinuxv Nation in Rivers Inlet, the Heiltsuk Nation in Bella Bella, the Kitasoo/Xai'xais Nation in Klemtu, and the Nuxalk Nation in Bella Coola.

Together, these interlocking territories blanket 45,000 square kilometres of prime coastal bear habitat. For the first time ever, all four teams have coordinated research methods so the same bears can be identified and tracked as they move from one territory to the next.

The Bear Working Group is backed up at the regional level by Coastal First Nations, an alliance that also includes the Gitga'at, Metlakatla, Old Massett, Skidegate, and the Council of the Haida Nation. In September 2012, all nine governments announced a coordinated ban on trophy hunting for bears within their territories. That ban remains in effect under tribal law and covers most of the area known today as the Great Bear Rainforest. 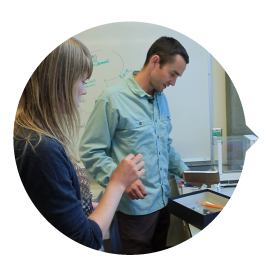 The scholars from the University of Victoria's Applied Conservation Science Lab are dedicated to what they call "acutely applied research". Sometimes that means getting up at four in the morning and riding through pounding waves on boats loaded with barbed wire and skunk oil. Sometimes that means bushwacking thousands of feet up to ridges covered year-round with snow and ice. Walking unarmed into the heart of bear country, these young biologists, geographers and field technicians, together with First Nations scientists and technicians, painstakingly gather thousands of fur samples and bring them back to the lab for DNA analysis.

This is science that matters, science that contributes to coastal ecosystems and the societies that depend on them. It's possible thanks to the support of the Tula Foundation and Raincoast Conservation Foundation, along with their academic collaborators. In collaboration with the Central Coast First Nations Bear Working Group, the University of Victoria ACS Lab is building one of the most comprehensive portraits of bear ecology ever assembled in Canada. Insights gained here in the Great Bear Rainforest are already informing the work of academic partners around the world.

The citizens of British Columbia

When you ask people what makes BC a great place to live, 4 out of 5 immediately think of nature. Bears aren't just a beautiful symbol of our province, they're an indispensable link in the coastal food chain. Ever wonder why evergreens grow so huge along our coastal streams? Studies show most of the nutrients in those trees can be traced back to salmon. For thousands of years, it's the bears that have fertilized those forests. That's the same wood we use to build our houses and furniture. Known or unknown, practical or spiritual, every person in this province has some kind of connection with bears.

These animals are not trophies to be hung on walls in Texas or Florida. They're not a "natural resource" to be "harvested," then left to rot. Bears are a living, breathing part of our coast, now and forever.

This fall and again next spring, trophy hunters are once again loading their safari guns onto seaplanes, jetboats and helicopters, headed for the Great Bear Rainforest. It's time for all of us to take a stand.

Will you join the guardians and speak up for the bears? Sign the
pledge