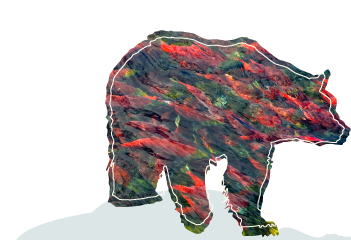 This debate is over

Times have changed on the BC coast. With fewer fish and smaller trees, both animals and people are trying to adapt. For a large majority of British Columbians, killing bears for trophies no longer fits with modern values of stewardship and sustainability.

Across the province, 91% of citizens agree: it's time to end the trophy hunt for bears in the Great Bear Rainforest. Even more (92%) say hunters should respect First Nations laws and customs when on First Nations territory. Now nine First Nations on the coast have decided to take the lead.

Trophy hunting for bears is banned in the Great Bear Rainforest. Here's why:

First Nations have a responsibility to protect bears.

Bears have been an integral part of human culture since time before memory. They factor into the songs, dances and crests of every First Nation on the coast. They are more than neighbours; in many families, they are considered relatives. That’s because bears move fluidly between the worlds in First Nations oral histories, transforming into people, even marrying humans. They are teachers, healers, and protectors. Killing a bear for no reason represents a grave breach of protocol — and never goes unpunished for long in the coastal legends. 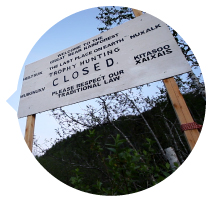 Modern First Nations governments are responsible for the health of our territories, now and for future generations. When it comes to conservation issues in the Great Bear Rainforest, British Columbians look to Coastal First Nations for leadership.

For all these reasons, we have chosen to ban the trophy hunt for bears under tribal law. In September 2013, nine Coastal First Nations announced to the world that we will no longer tolerate trophy hunting of bears in our traditional territories.

With this ban, Coastal Nations assumed authority to manage bears in our territories in accordance with our tribal laws. Hunters are notified of the closure, and we will notify the bears if hunters approach. If necessary we will gather information on hunters, their boats and vehicles.

Our hope is that visitors to our territories will decide to leave behind their guns, and bring cameras instead. If so, local guides would be happy to introduce them to some truly magnificent bears.

Hunters should eat what they kill. 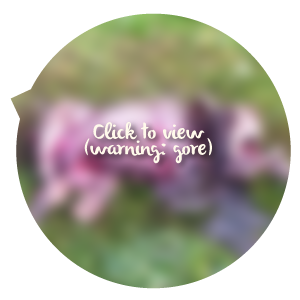 Over its lifetime, a coastal bear will catch thousands of salmon and pick literally millions of berries. All that food is turned into hundreds of pounds of muscle and fat. Trophy hunters let it all go to waste. The hunters who shot and killed 'Cheeky' the bear by the Kwatna river took only his head, paws and skin, leaving the rest of this healthy young bear's carcass to rot in the estuary. This is fundamentally at odds with a First Nations value shared by people across BC: if you must shoot an animal, at least have the respect to make use of its meat.

Coastal trophy hunting is more than disrespectful; it's unfair. Commercial hunting guides, who must accompany trophy hunters from out of the province, offer to barge in SUVs so hunters won't have to hike. Bears can be spotted from planes, chased down in boats, or shot as they walk by camouflaged blinds. They're hunted in the fall when they come down to feed on salmon, and then hunted again in the spring when they emerge from hibernation. Unlike animals like deer or elk, there are no rules against shooting mothers.

Foreign hunters are often willing to pay a lot of money to shoot a bear. Each black bear brings in roughly $10,000, part of which the guiding company pays out to the provincial government. Previous to the grizzly bear hunting ban taking effect across BC in 2017, the fee to kill a grizzly bear often reached $25,000. These numbers may sounds impressive, but a 2014 study by CREST and Stanford University found that ecotourism activities like bear viewing generate 12 times more spending and 11 times more direct revenue to the provincial government than bear hunting in the Great Bear Rainforest.

Additionally, much of the bear hunting that occurs in the Great Bear Rainforest is at the hand of hunters from within British Columbia - who are required to pay much smaller fees. The money resident hunters spend in local communities is minimal, and none of it represents new revenue from outside the province. Wildlife viewing, on the other hand, brings in visitors from around the world. Bear viewing also employs 510 people (and counting!) while bear hunting employs 11.

The wildlife viewing and ecotourism industry has become one of the main employers in several communities in the Great Bear Rainforest and beyond. Ecotourism and bear trophy hunting are not compatible; trophy hunting can leave bears fearful or even aggressive towards humans, making bear viewing difficult and unsafe. Bear carcasses left behind by trophy hunters are traumatic for locals and visitors alike. Many coastal communities are currently unable to grow or even start ecotourism operations because of these conflicts.

Bear hunting gets in the way of sound science. 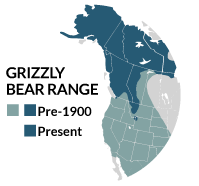 The fact is, nobody knows how many bears there are in the Great Bear Rainforest. Government bureaucrats hand out hunting tags every year based on rough estimates, but until recently nobody was on the ground studying individual bears. That's changing, thanks to a massive science project bringing together the University of Victoria, the Wuikinuxv, Nuxalk, Kitasoo/Xai'xais and Heiltsuk Nations, Raincoast Conservation Foundation, and others. Hair snags and video cameras now cover a 20,000—square-kilometer study area—the size of the country of El Salvador. Hairs picked up at sample sites are sent off for DNA analysis, revealing individual bears and their family members. 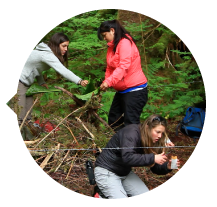 Those bits of fur—gathered without the bear even noticing—can also tell researchers what a bear has been eating, and even their stress levels. When the same hair shows up at different sites, the bear's movement can be tracked across hundreds of kilometers.

Combined with traditional knowledge and community-level monitoring of salmon returns, this project is building deep understanding of bears and their role in BC's coastal ecosystem. One thing that's clear is how quickly things are changing. Bears are abandoning areas where they're supposed to be abundant, and turning up on islands where they've never been seen before. As salmon stocks dwindle, they're resorting to other foods — and having fewer cubs. It makes no sense to allow bear hunting without an accurate picture of their populations.