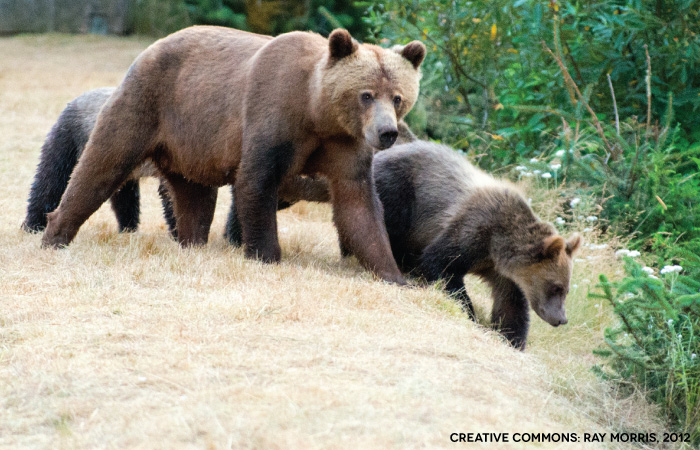 Professional bear guides from British Columbia’s Coastal First Nations are inviting a pair of lucky hunters to come shoot bears in the Great Bear Rainforest – using cameras instead of guns.

Spirit Bear Lodge, a First Nations-owned and operated facility, is offering an all-expenses-paid bear viewing experience in exchange for a Limited Entry Hunt authorization for grizzly bear within Coastal First Nations territories. The winner will be selected in a random draw, with additional prizes for runners-up.

“It’s a fact that bears are worth more alive than they are dead,” said Kitasoo/Xai’xais Stewardship Director and Spirit Bear Lodge guide Douglas Neasloss. “You don’t have to harvest a resource to get value from a resource. Bears bring huge value to coastal ecosystems, and to my community in terms of a sustainable economy.”

Coastal First Nations is an alliance of First Nations on British Columbia’s North and Central Coast and Haida Gwaii. In 2012, CFN member nations issued a formal ban on trophy hunting for bears within their territories. The Province of British Columbia continues to issue kill authorizations in defiance of tribal law – and majority opposition by hunters.

“Like most hunters in B.C., I hunt to feed my family,” said Heiltsuk Coastwatch Director William Housty. “Whether you’re First Nations or not, it’s against our common values to kill animals for fun. If anyone’s still not convinced, I encourage them to leave their guns and come see these beautiful coastal grizzlies from our perspective.”