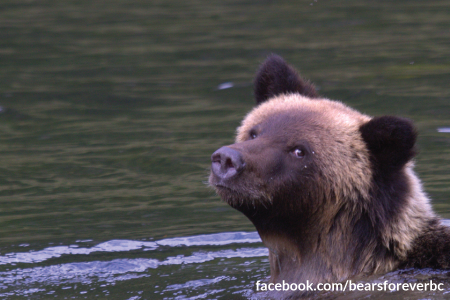 When this project launched last Fall, Forestry Minister Steve Thomson adamantly defended British Columbia's trophy hunting industry and its contribution to the economic wellbeing of the province. Last week, he had to provide the real numbers to back those statements up. Unsurprisingly, they're not all that impressive.

While it's true that the hunting industry may provide up to $350 million annually in revenue for British Columbia, the tiny trophy hunting industry contributes only a fraction of that whole - $414,000 or about 0.11% of the total.

Stephen Hume uses this figure as the jumping off point for his latest op-ed in the Vancouver Sun. By far, it is his most devastating to date. Here's an excerpt:

"Suggest that this barbarous practice has outlived any economic rationale and government ministers froth cheerily about the $350 million that hunting contributes to the provincial economy every year and how vitally important trophy hunting is in preserving tradition.

That was the line that environment minister Steve Thomson took last September. He was quoted citing that figure by The Canadian Press. But last week, caught in the headlights of a legislative committee examining budget estimates, he sang a different song, one that had a lot fewer zerosin it.

How much direct revenue does the province actually earn from allowing trophy hunters to go out and kill grizzlies for the pleasure of posing with their corpses for photos?

And put even more succinctly, the province’s payback from trophy hunting among vulnerable grizzly bear populations amounts to 0.001 per cent of total provincial revenue."

Read the whole piece at the Vancouver Sun, and then share it with your networks.